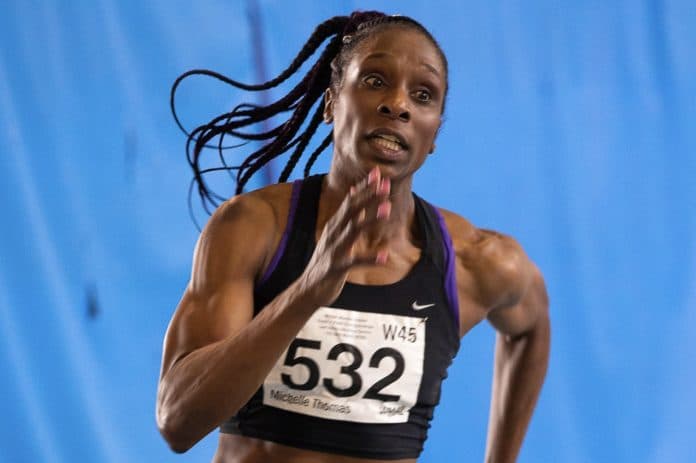 We wrote about Alex Rotas in September and we were captivated by her photography. Learning to be a photographer at 60, she uses her art as a form of activism, capturing older competitive athletes in action and showing us all that we are capable of so much more than we think. Below are some of her many photographs as well as a backstory on each athlete. 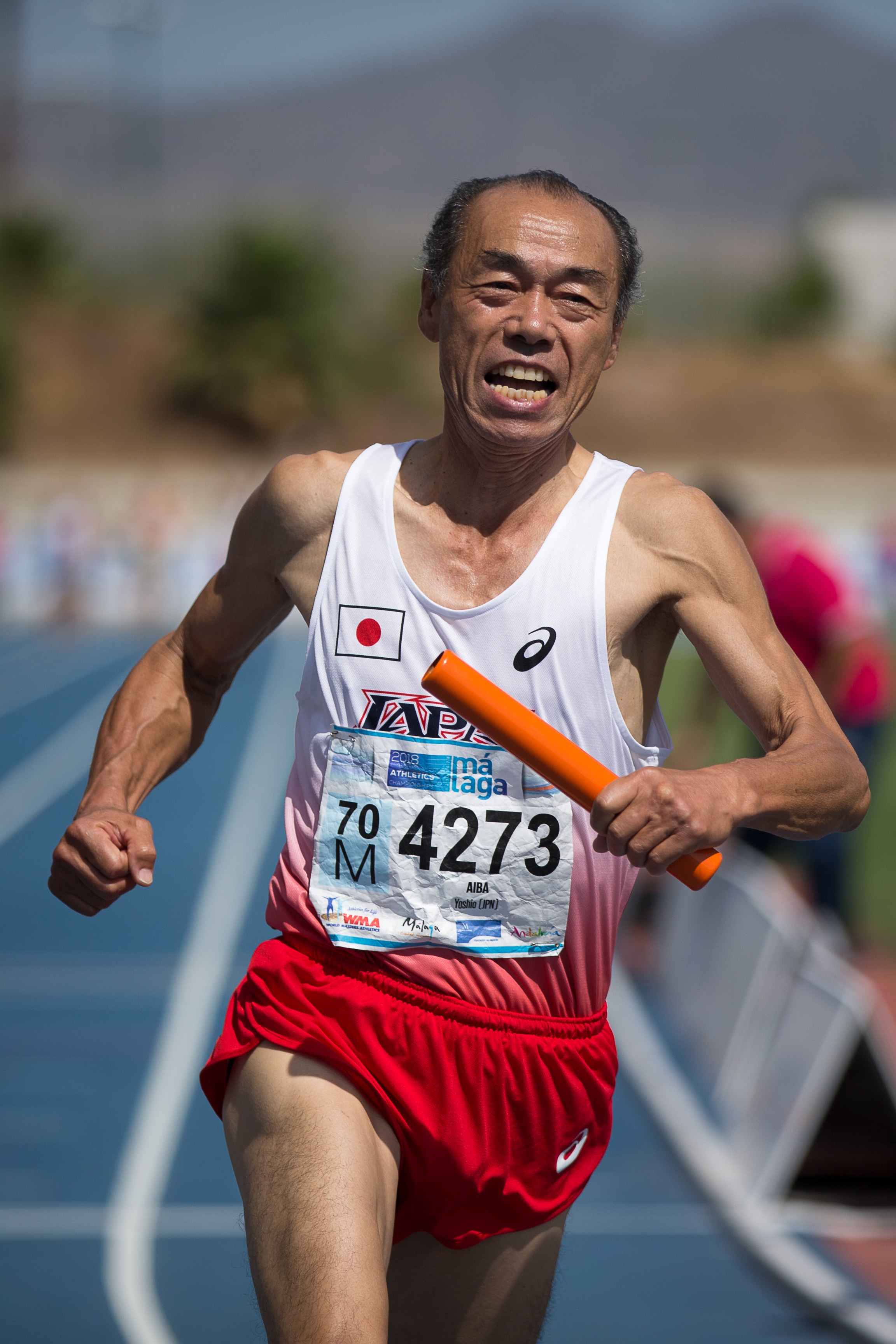 Yoshio Aiba, 70, shows his delight as he brings the Japanese team to victory in the men’s 4x100m relay, 70- to 74-year-old age group, at the 2018 World Masters Athletics Championships in Malaga, Spain. Their gold medal time was 55.22secs, which means each competitor averaged 13.8secs for their 100m. Not bad for the 70+ age group! 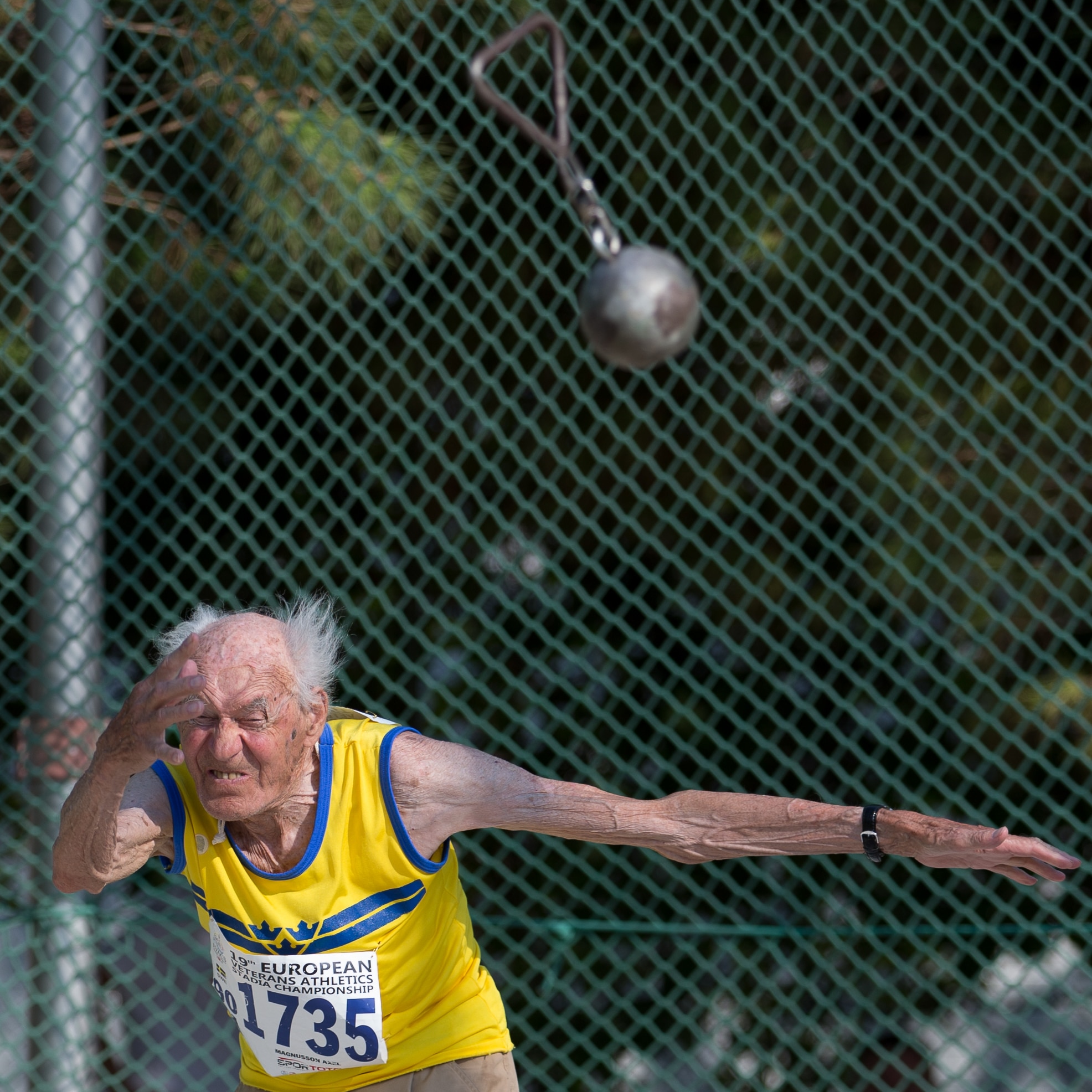 Axel Magnusson, 93, Sweden, shows what it takes to earn a gold medal and European Champion status in the men’s throws pentathlon, 90- to 94-year-old age group, at the 2014 European Masters Athletics Championships in Izmir, Turkey. In this, the weight throw, he threw 5.60m which gave him 520 points towards his 1910 point total. 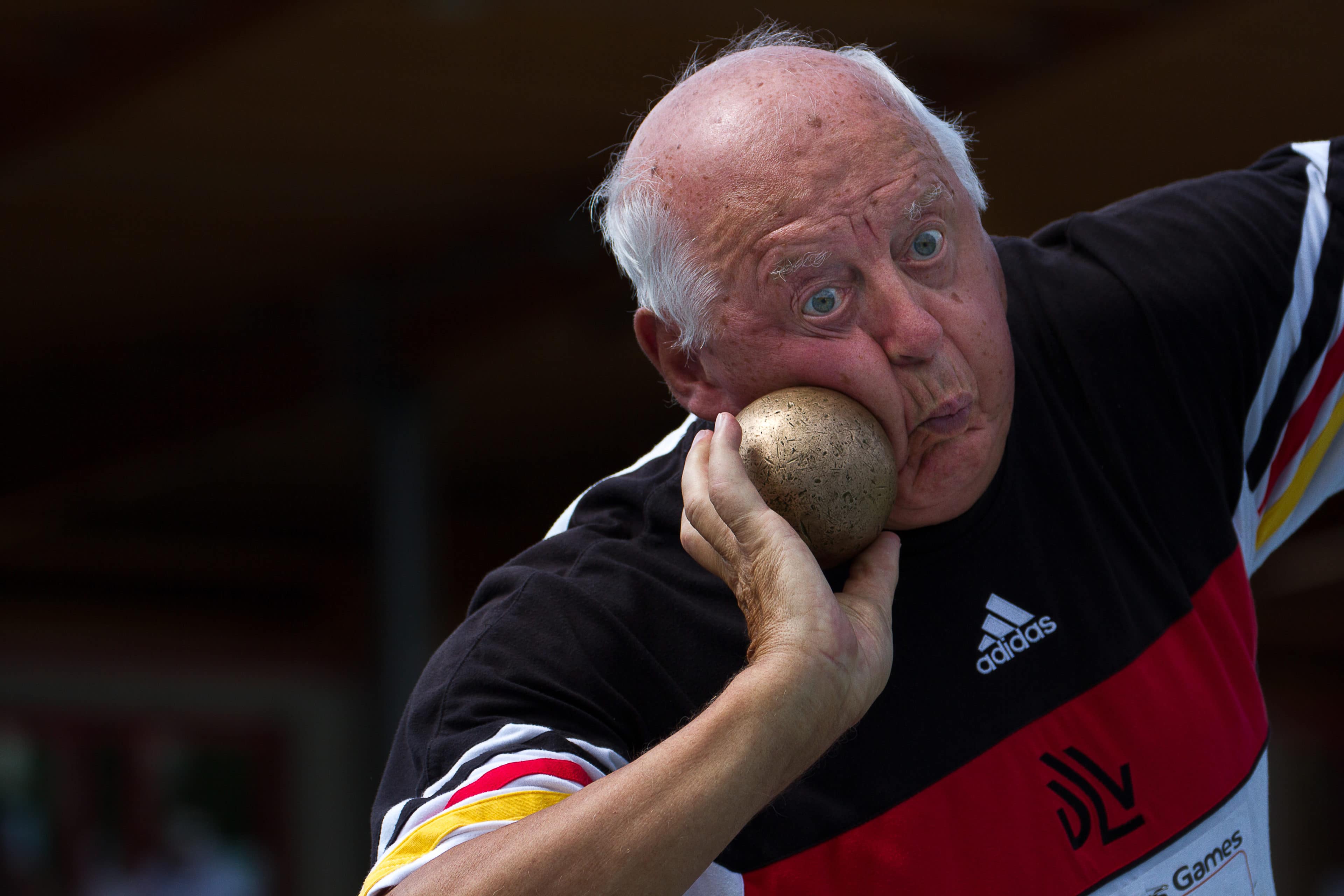 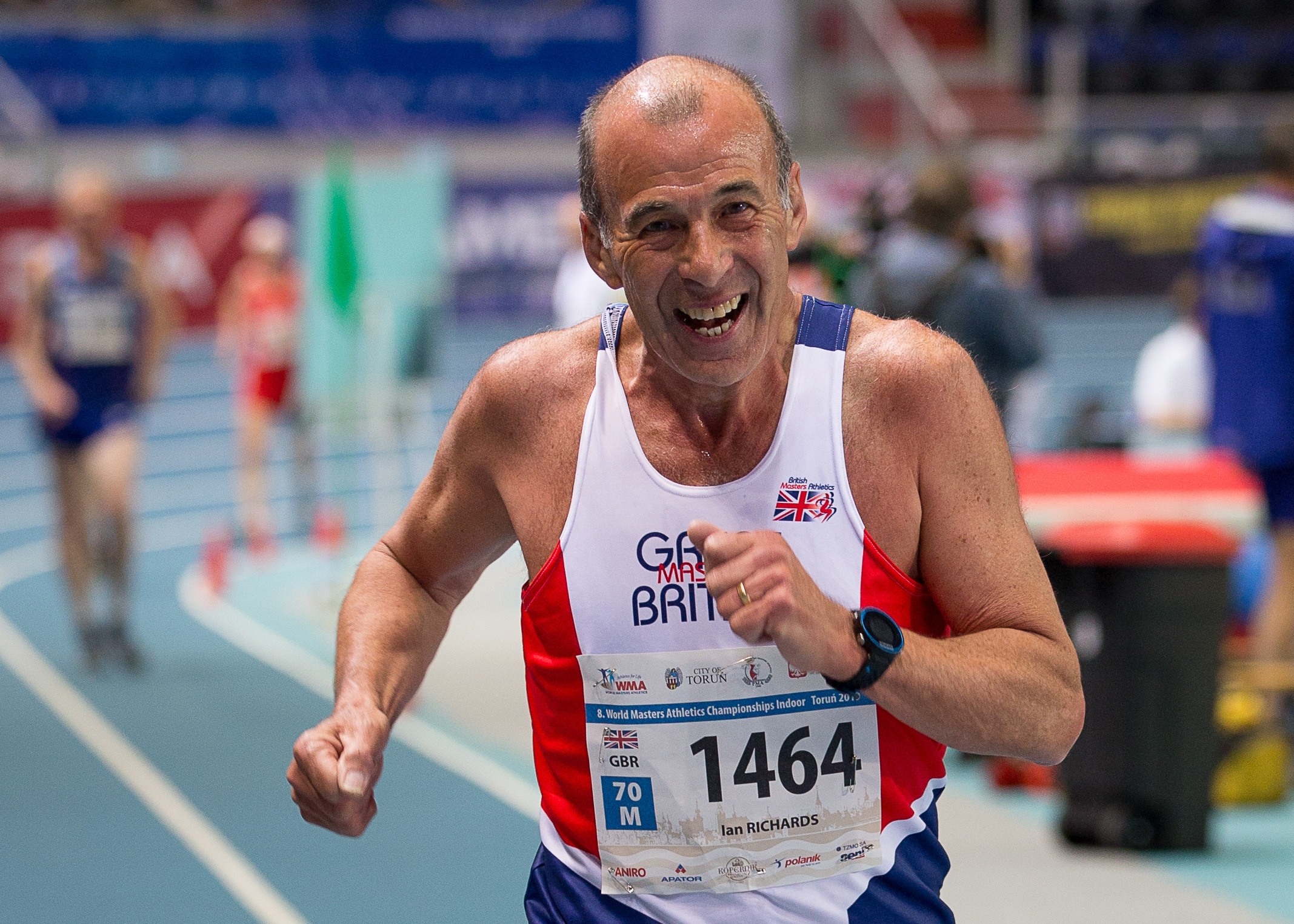 Great Britain’s world champion race walker Ian Richards, 70, beams in triumph as he crosses the finish line in the men’s 3000m race, 70- to 74-year-old age group at the World Masters Athletics Indoor Championships at Toruń, Poland, 2019. He knew he’d just broken the world record for his age group with a time of 15:19.64. 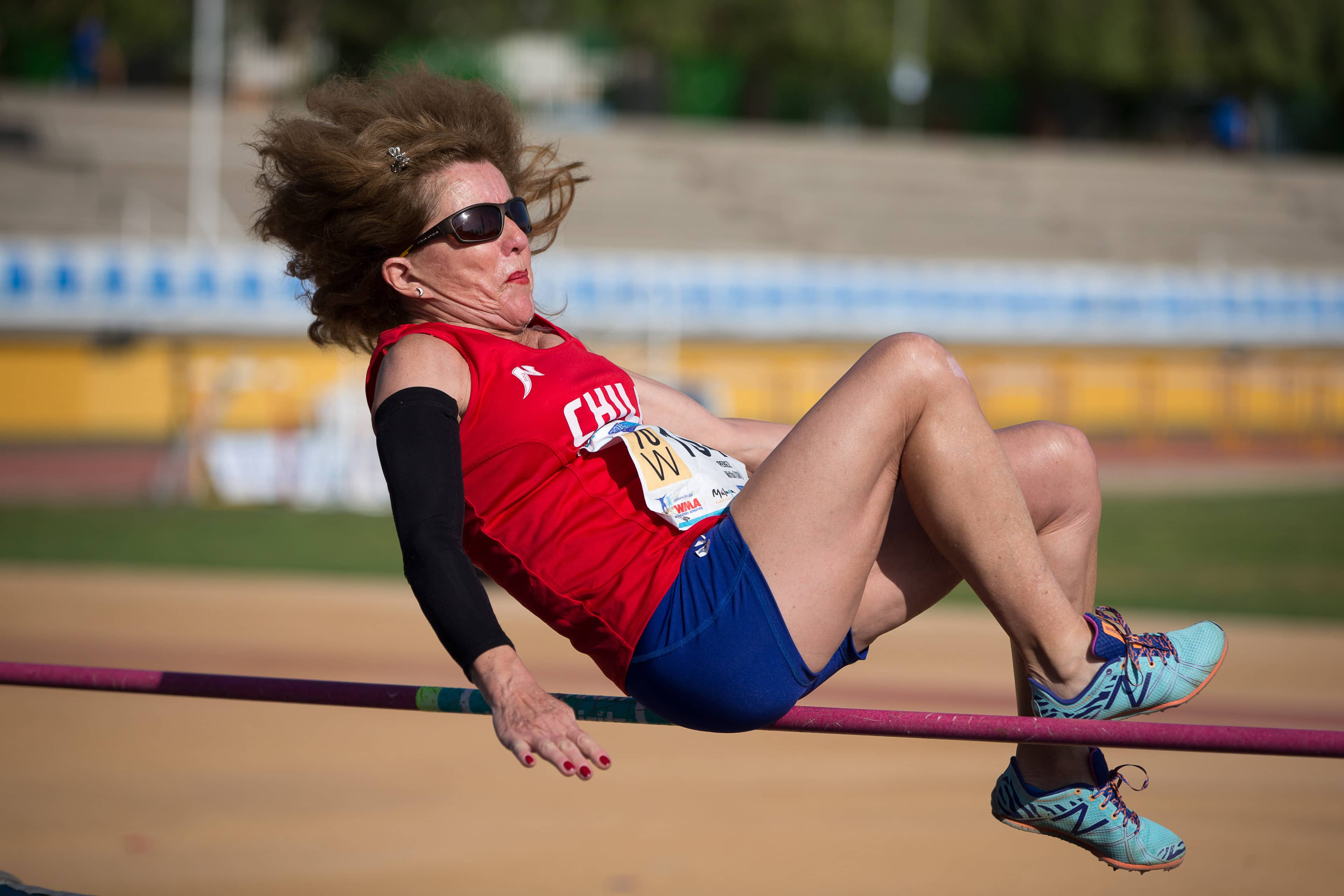 Chile’s Mirtha Perez, 70, tackles the high jump event in the women’s heptathlon competition, 70- to 74-year-old age group, at the World Masters Athletics Championships, Malaga, Spain, 2018. She cleared 1.05m, placing her 5th in a field of 10 formidable all-round athletes. She finished 7th overall in the heptathlon. Perez is one of the few women in their 70s who still competes in the pole vault event, where she earned a silver medal at these world championships in Spain. 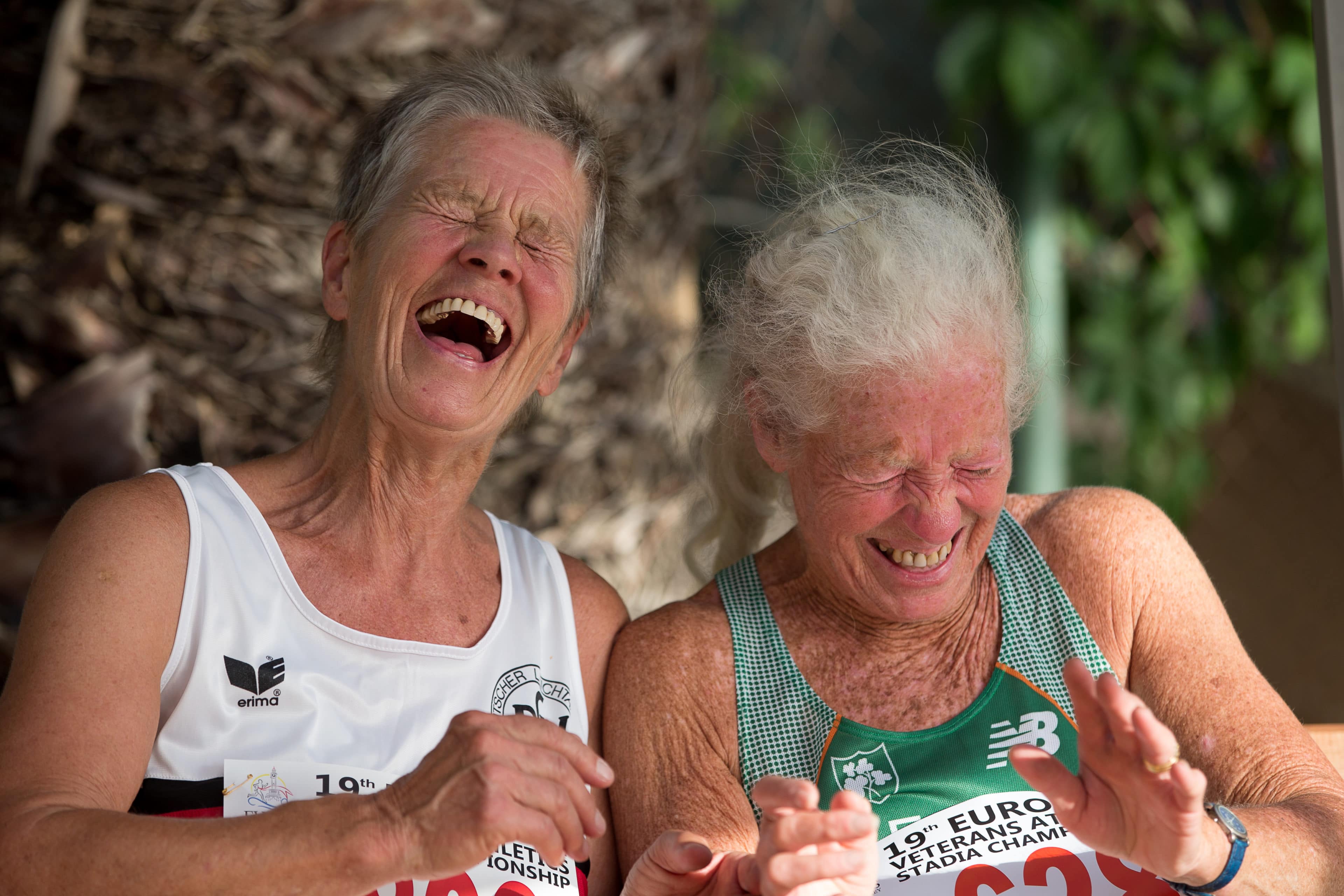 Brita Kiesheyer, 77, Germany, (left), and Ireland’s Dorothy McLennan, 79 (right) show why they carry on competing through their late 70s as they await their turn in the women’s pentathlon event, 75- to 79-year-old age group, at the European Masters Athletics Championships, Izmir, Turkey, 2014. 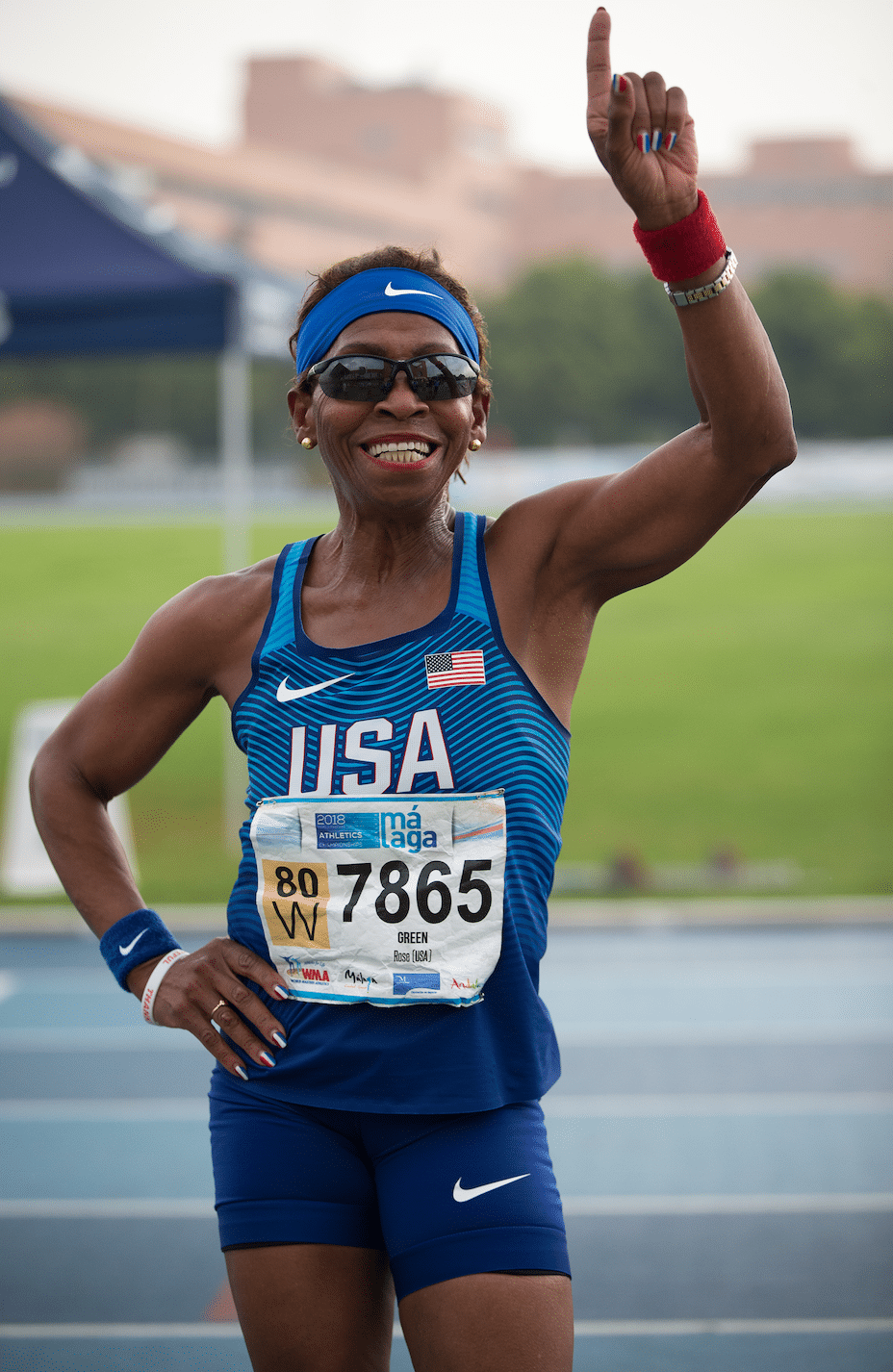 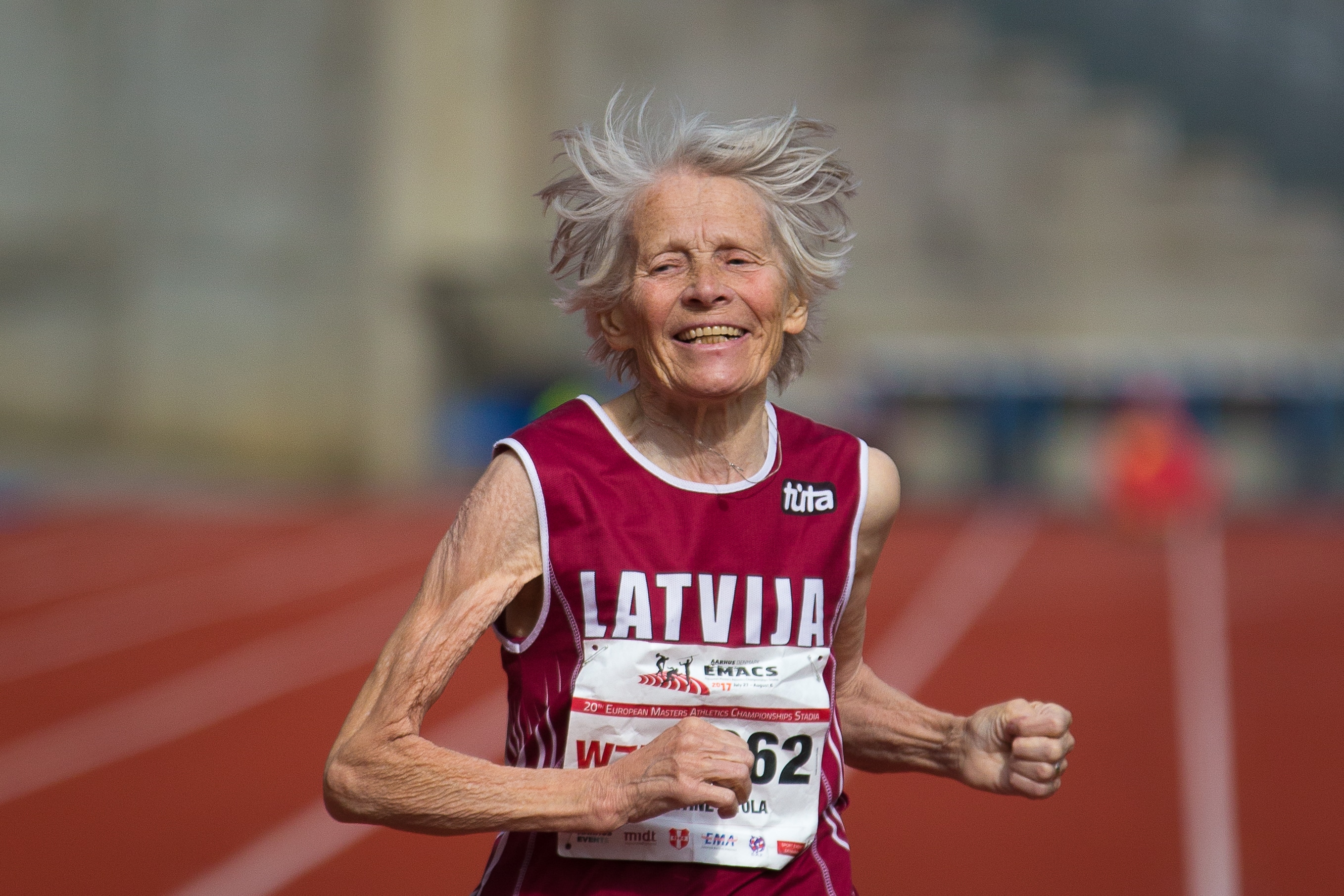 Leontine Vitola, 79, Latvia, always smiles as she crosses the finish line whenever she competes. Here, it’s the women’s 400m event, 75- to 79-year-old age group, at the 2017 European Masters Athletics Championships in Aarhus, Denmark. She was at the top of her age group but she still earned a bronze medal with her time of 1:33.59.

How to Find a Trainer If You Are Over 50

Working Out: A Life. A Memoir in Movement on the Edge of a New Year