A pioneer in women’s boxing, Daisy Lang is now taking on new challenges, learning a new language in a foreign country and helping others through mentoring and motivational speaking. She explains the mentality of a champion, how her background in physical therapy helped her as a boxer, and how she helps others get unstuck.

The road is always hardest for pioneers. We like to think of people like us as being the pioneers of a new age, people who are living life in an entirely new way as compared to past generations our age. Daisy Lang is one of us, and she is also a very special pioneer: she pushed against expectations and became the women’s first three division world boxing champion. She did this coming from Bulgaria, a former East Bloc country, during a time when attitudes towards women were not as they are today. She had to be a fighter, not just in the ring but also for women’s rights in order to get into the ring.

In person, Daisy has an easy, relaxed charm, confident and funny, not at all the relentless gladiator one could imagine she would be. It is something that I have noticed before, working with other greats — truly accomplished people have very little ego, they know who they are and are relaxed in pretty much any situation. But then all of us, having been around for a few years, have a good sense of who we are, and what we can do. We just did it at a less spectacular level than Daisy.

You were one of the pioneers in women’s boxing. Why did you do that? It must have been very difficult.
Yes, it was a very difficult process – a different time. I was the first lady in women’s boxing in Europe. Nobody had heard about it or believed in it. I wanted to show in my country and in the world that a woman can be feminine, educated and number one in a male-dominated sport. That was one of the ways I fought for women’s rights in my home Bulgaria, where women didn’t have choices. 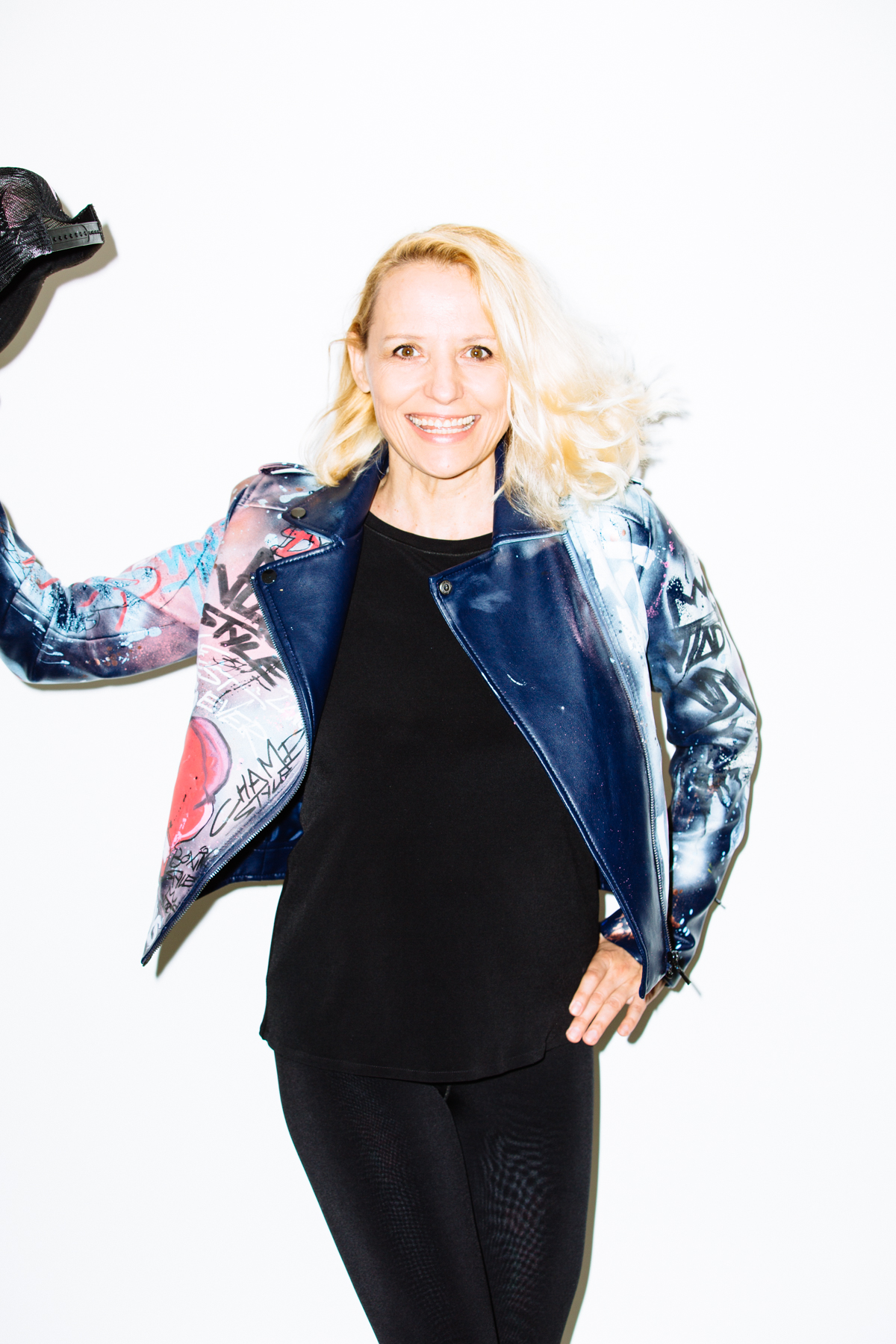 You were a world champion. What was it like to transition from world champion to not being world champion?
The life as a professional athlete at this level was like a soldier’s life for me. I was fortunate that I wasn’t injured so the transition came naturally for me by coming to America. it was a suitable moment. I was educated and worked as a Physical Therapist. My sports career opened doors for me in the health and entertainment industries. Also giving self-defense seminars and motivational speeches

“The mentality for me is that there is no plan B, only plan A which means I thought only about winning the fights”

Could you explain what the mentality of a champion is and how does it differ from people who aren’t champions?
The mentality of the champion for me is to be able to defeat the opponent quickly and concisely as possible. There is no plan B, only plan A – you are focused on winning and nothing gets in the way of your goal… You have to show your strong character because nobody can help you in the ring, you’re alone. You need to believe in yourself. If you see yourself as a champion, then you will become a champion. This is hard work.No mercy!

You’re a businesswoman now. What are you working on?
With the situation in the world right now, many things are changing and I have learned to be flexible in my life. Because of my sports career, I’m a mentoring, giving motivational speeches and life coaching, and also giving seminars in private and government agencies. As well as working with children and those who have mental problems.

So many people self-defeat by feeling that something is impossible and then they get stuck. How do you help people get around that?
Often I give people an example from my boxing career when I would lose a fight. It taught me to pick myself up and draw on my inner strengths get up and continue the fight.

How did your background in physical therapy help you as a boxer?
My medical knowledge helped me to properly take care of my body during and after my sports career. I am enjoying my life now because I don’t have any health issues 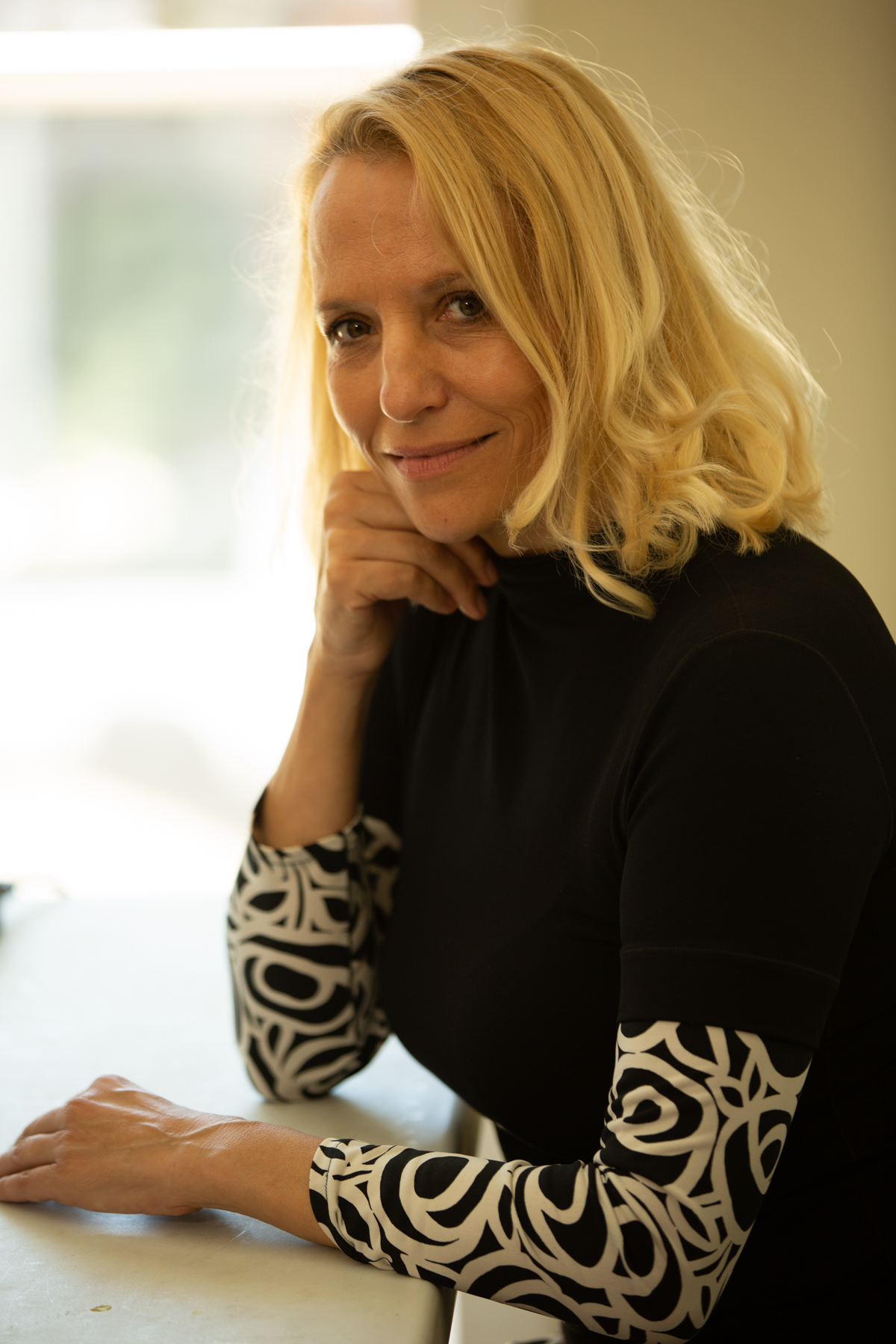 At what age did you retire?
I retired when I was 33 years old.

What is it that you like about fighting?
When I am fighting in the ring it is like I am playing a scene in the theater I like the adrenaline, the feeling you are alone defeating your opponent.

What does it feel like to get hit in the face?
Because of my training preparations before the fight, I was only hit a few times in the face.During the fight the adrenaline is so high, I didn’t feel the blows until after the game is finished.

What are the other high adrenaline activities you do now?
I like extreme sports – skydiving, motocross, boxing, and martial arts. I enjoy anything that makes me feel alive. 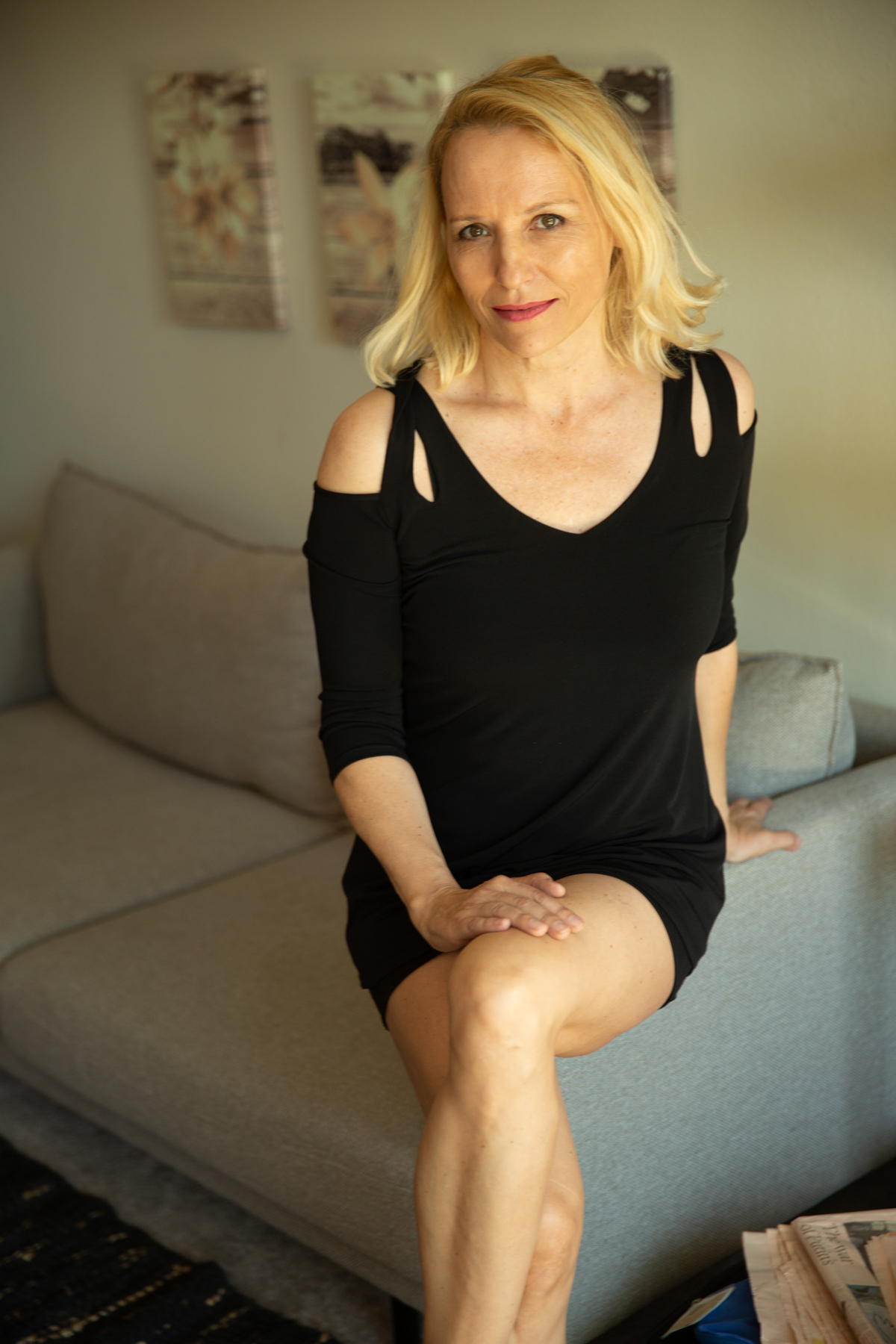 How do you maintain your fitness?
I work out every day – boxing, weight training, running, swimming. I like hiking and being in nature.

How do you recover?
Nutrition is very important. I watch what I eat.I take supplements. I stretch more. I avoid sugar, salt, and bread. I listen to my body and sleep a lot. I listen to positive music and meet positive people because negative energy can make you sick and old.

What are your goals for the next 5 years?
I don’t want to make long term goals, because of the crazy world.What I know for sure is, I will never stop assisting people, life coaching, motivational speaking, seminars, and bringing my professional knowledge as a world class athlete to helping others. 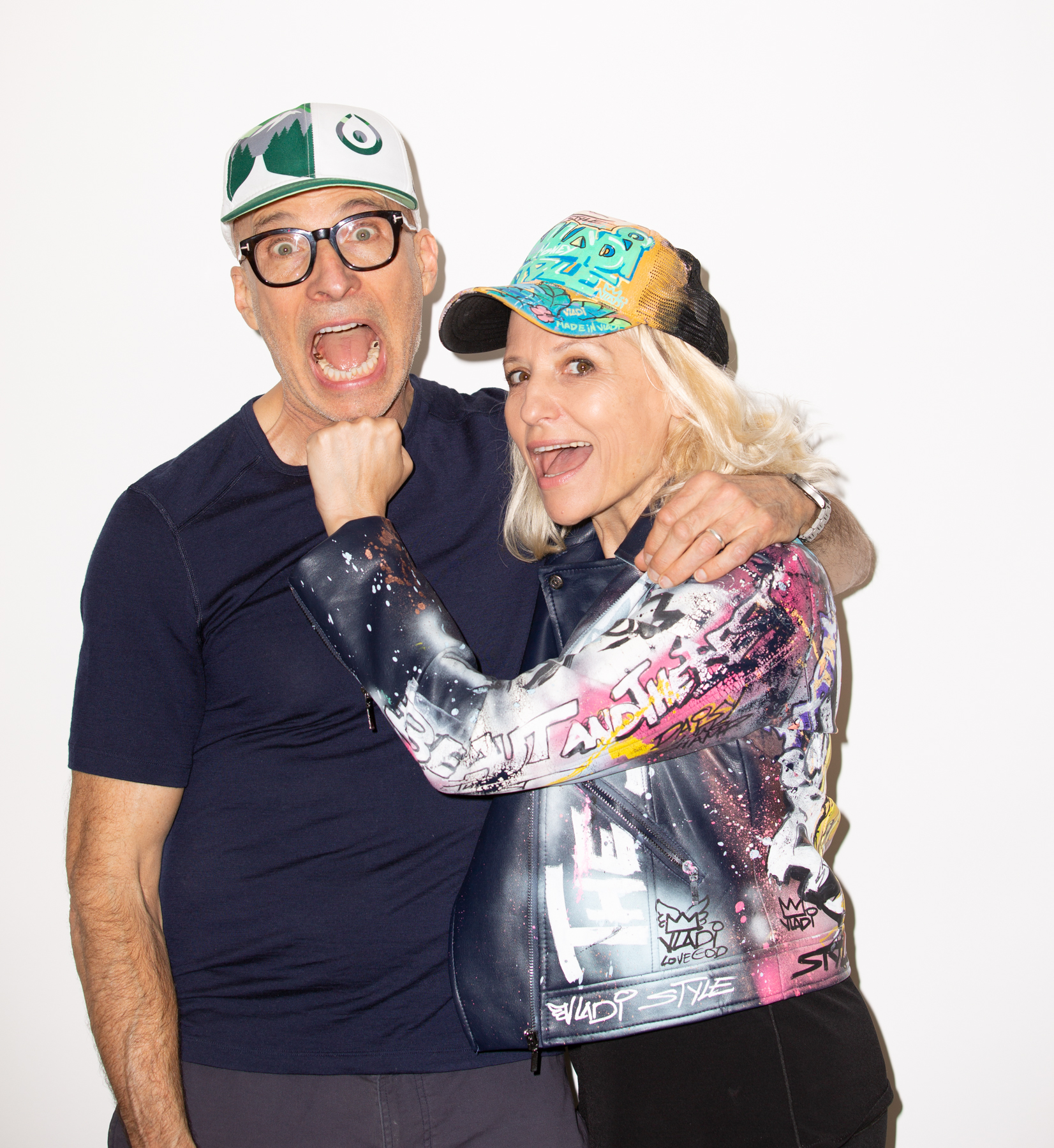 What are your three non-negotiables in life?
-Self-care. To have a healthy relationship with myself.
-Professionalism – I stand by my word, and respect others, personally and in business.
-Betrayal. No compromise!

David Stewart
David is the founder and face of AGEIST. He is an expert on, and a passionate champion of the emerging global over-50 lifestyle. A dynamic speaker, he is available for panels, keynotes and informational talks at david@agei.st.

Sign up for AGEIST today
We will never sell or give your email to others. Get special info on Diet, Exercise, Sleep and Longevity.

Jacqueline Catala, 52: There Is So Much Opportunity In Tech For Everyone

The Attraction of Radiant Happiness

Radiance is potent and energizing. It creates awe, is inspiring, and encourages hope. We have all been in the presence of someone who possesses...
The SuperAge Podcast

Why Do Marriages End?: Mark Goulston

How do we relate better to all those around us? How can we become better listeners? Why do marriages end? What is...
Career

As someone who has always watched culture, I‘ve noticed that there is generally an antidote to any zeitgeist.    If I have any friends in advertising...
Travel

Having just returned from an action-packed trip to NYC, I am filled with a sense of awe for this most vibrantly dynamic city. NYC...
Food

Getting creative with your recipes is a great way to try something new and get some extra veggies into your diet. (Aim for 15...
The SuperAge Podcast

How did the pandemic impact how we connect with others? What are the three things we must keep in mind to have...
Load more

Muscle recovery post workout is as important as the workout itself when it comes to seeing results and gaining strength. There are a variety...

We are very interested in optimizing our brain health from eating a nutritious diet, physical exercise, taking brain supportive supplements, and getting adequate sleep....

How is climate change impacting our sleep? Without proper, restful sleep, we are never going to reach optimal health. In fact, insufficient sleep can...