This work is written and performed by two masters at the peak of their powers, a fitting send-off to both.

Allen, who passed away last week at the age of 79, was the most distinctive drummer Africa ever produced. As Fela Kuti’s musical director, he was the co-creator of what we know as Afrobeat. Hugh Masekela, who died in 2018, was the continent’s finest horn player, celebrated for fusing jazz with homegrown South African styles. 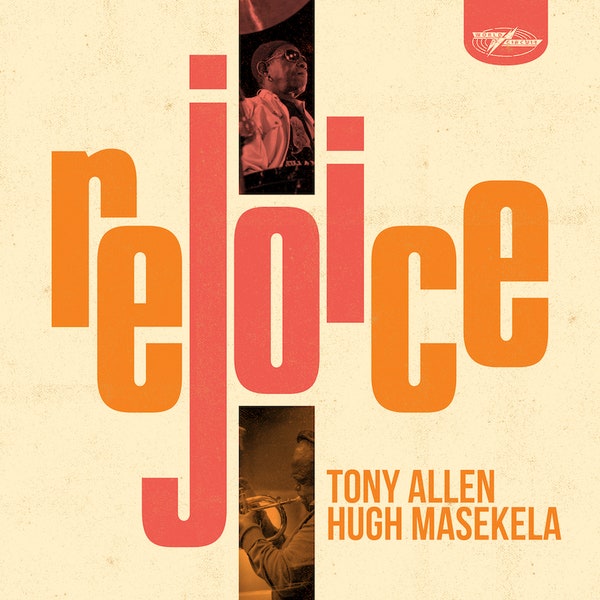 The pair met in Nigeria in the ’70s, when Masekela paid two famously wild visits to Lagos where he spent most of his time hanging out with Kuti and his band. They played together again in the ’80s, before finally getting round to recording this new release in 2010. As a contemporary musician, he was still the go-to drummer for Damon Albarn of the bands Blur and Gorillaz. He was a member of another collaboration known as The Good, the Bad and the Queen alongside Albarn, The Clash’s Paul Simonon, and The Verve’s Simon Tong. That band released a pair of albums, a self-titled 2007 LP and 2018’s “Merrie Land.” Allen, Albarn, and Red Hot Chili Peppers bassist Flea, under the moniker Rocket Juice & the Moon also released a collaborative album in 2012. Brian Eno was also famously enamored with Allen’s playing, calling him “one of the great musicians of the 20th century and the 21st.”

“I still challenge myself every time with my playing, I still want to play something impossible, something that I never played before. That’s what I’m after,” Mr. Allen wrote in his autobiography.

The legacy of the late Hugh Masekela, who died in 2018, is no less impressive. Exiled from South Africa during apartheid, he spent much of the 1960s in London and New York, scoring a No.1 hit with “Grazing in the Grass” and making a name for himself on the Manhattan jazz scene. By 1984 he was in West Africa, where, through Fela, his friend and contemporary, he met Allen.

The 2010 sessions recorded at London’s Livingston Studios flowed like a beautiful conversation. The result is “Rejoice,” a collaborative record that Allen called “a kind of South African-Nigerian swing-jazz stew,” a skeletal Afrobeat infused with the spirit of bebop, with lyrics in English, Yoruba, and Zulu, reflective of the transatlantic exchange that has defined the African diaspora for centuries. 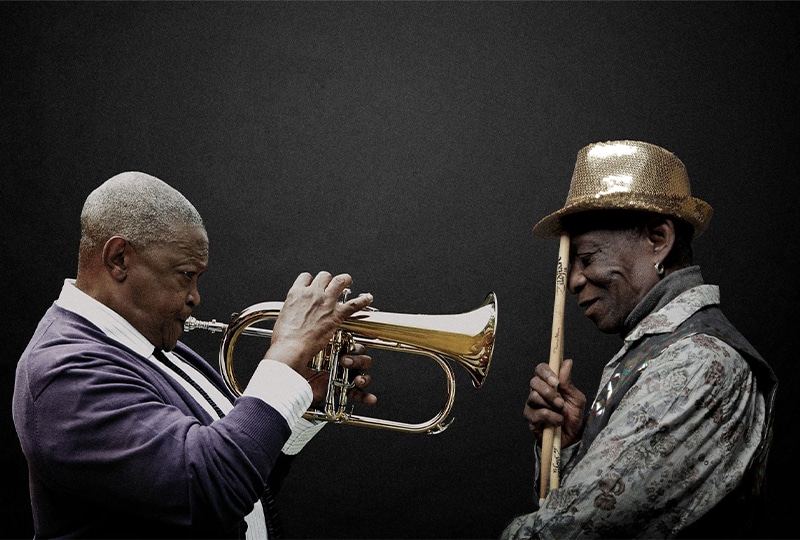 What makes “Rejoice” so special is its minimalism

What makes “Rejoice” so special is its minimalism. Much of it is drums and bass matched to Masekela’s horn. It brilliantly showcases Allen’s unique talent. Masekela and Allen worked out nothing in advance. “I had drum patterns in my mind,” says Allen. “Different movements, fast and slow; different structures. I just wanted him to play his trumpet to my patterns.

Allen had been preparing for this reunion for the past few years: It’s evident in the jazz stylings of his last solo LP, “The Source,” and in his tribute to bebop legend Art Blakey, who he credits as a major influence to his own style. Masekela’s flugelhorn is the most expressive voice on the record, bright and nimble, piercing in tone but gentle in force, bearing passport stamps from Johannesburg, London, and New York. Allen’s touch is light, but he strikes with the confidence of a player who knows he doesn’t need to attack the drum to be heard.

It’s the voice of a man singing for his friend, and a fitting tribute to his memory

“Rejoice” is about two musicians finding common musical ground; the presence of Fela also looms large. “Never” is their tribute to the late legend: “Lagos never gonna be the same/Without Fela/Never!” As danceable as any Fela song is, it’s one of the few tracks on the album where Masekela sings. It’s the voice of a man singing for his friend and a fitting tribute to his memory.

Similarly, “Rejoice” is a tribute to Allen’s friendship with Masekela, a record of their respect and admiration for one another. One can imagine Allen’s own experience of combing through the sessions in the summer of 2019, not long after Masekela’s death, reliving their brief time together creating the record they had always imagined making. This work is written and performed by two masters at the peak of their powers, a fitting send-off to both. “The greatest drummer on Earth has left us,” Flea sadly wrote on his Instagram page last week. Key tracks are “Agbada Bougou,” “Never (Lagos Never Gonna Be the Same),” “Slow Bones,” and “We’ve Landed.”